Skip to content
vostheatre Members, On The Rooftop October 9, 2013 4 Minutes

LC: You opened for the Bare Naked Ladies when you were 16. Pretty cool.  How did that come about?
JV: It was just a matter of good timing, really.  I had made a tape of myself doing “O Canada” on electric guitar and someone played it over the PA system at school.  My history teacher heard it and thought it might go over well to have a local boy play in front of this new band that had been hired to do a concert at the school.  It was a good night.  That was a few weeks before they released their first CD in 1992, I think.

LC: You’ve been performing with the VOS for 4 years and on our executive board for 3 years. What compelled you to audition for your first show and why have you stayed so involved?
JV: The first show I auditioned for was Fiddler on the Roof.  A friend of mine Jeff Pudwell mentioned it to me that I might look Jewish enough and to give Director Anne Burnham a call.  She took a chance on a nervous twit who couldn’t sing in key to save his life and cast me as a 19 year old.

LC: You and I met when I came into Fiddler on the Roof to play polish. That was your first show with the VOS. I remember standing backstage trying to hold up at 10 foot Inn set piece and thinking it was going to fall right over on me and this giant hand came over my head to help out. I thought – hey there’s a team player, I hope he hangs around. So why have you hung around and continued to do so many shows with the VOS and worked so many hours on our board of directors? What is it about community theatre that fuels you?
JV: The fuel is in us already.  I just have to find new ways to tap into that. 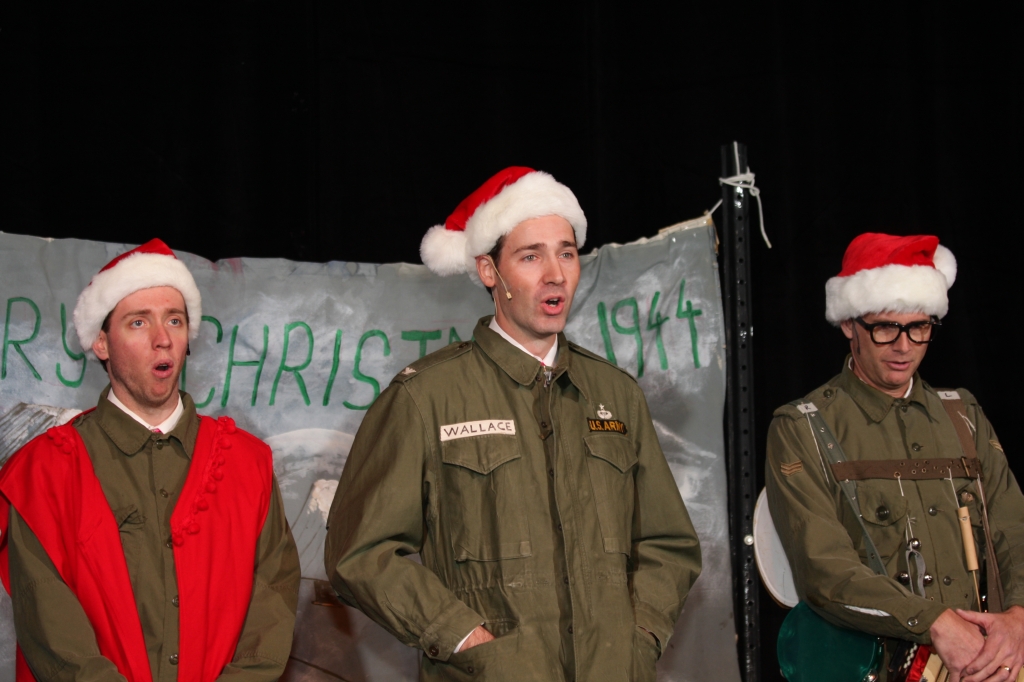 LC: Motel in Fiddler on the Roof, Curly in Oklahoma!, Laurie in Vimy, Bob in White Christmas, Dickens in A Christmas Carol, Sir Robin in Spamalot… That’s impressive and has kept you busy, I bet. What was the best thing and the most challenging thing you discovered while tackling each role?
JV: The Vimy role was by far the most engaging for me because it was so real – a real person who had lived and loved and died and deserved to be portrayed properly.  I wonder if we sometimes take on a role in order to escape from the real world or to interact with it in a new way.  The best thing is to wonder about it all. 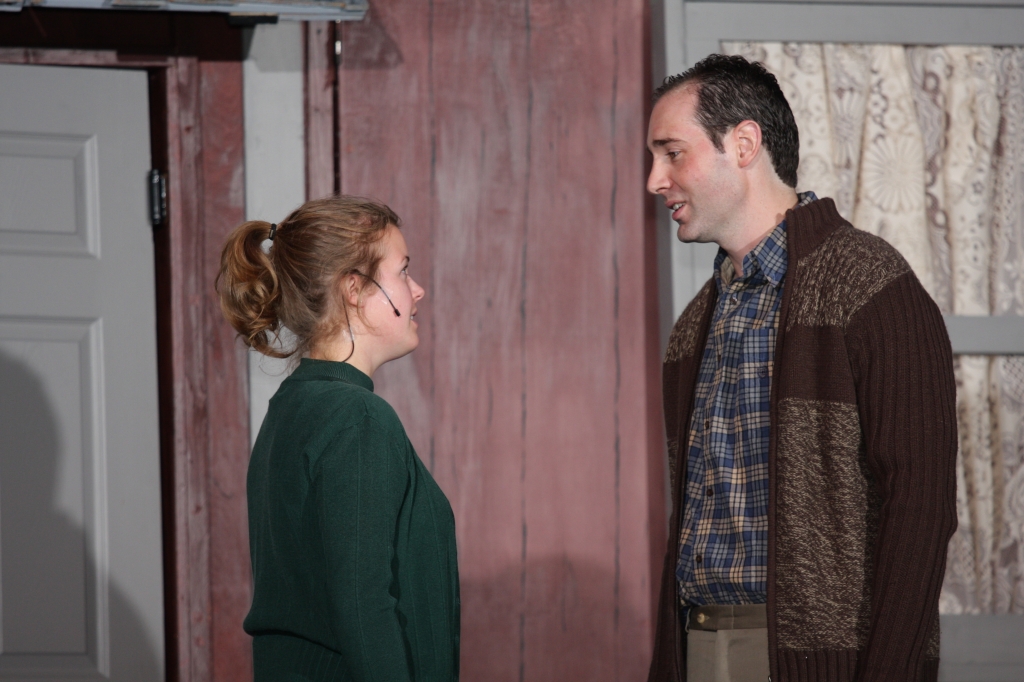 LC: You currently play Jack, the director of the broadway show in On the Rooftop that goes into production in November at Victoria Hall. What’s unique about this show or the experience for you?
JV: First of foremost, it is an opportunity to work with writer and director Jim Finan, as well as choreographer J.P. Baldwin.  Also, a chance to share the stage again with Marlena Sculthorpe, whom I believe to be one of the most talented actors in the area. 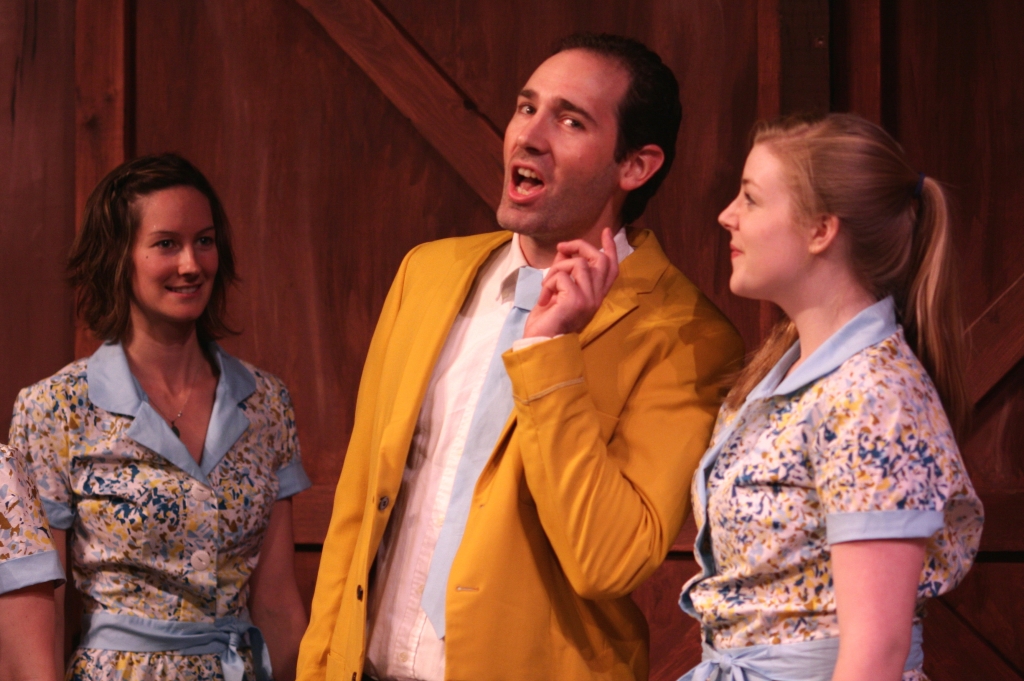 LC: Have you ever considered stepping off the stage to tackle artistic direction?
JV: That would be telling.

LC: You’ve had the chance to work with your daughter Gemma on two productions; A Christmas Carol and Oklahoma! and you’re going to get a chance to work with her again in April’s Shrek the Musical. Tell us about being a performing dad and sharing the stage with your daughter.
JV:  My daughter is one person to whom I can honestly discuss the actual work of acting without reservation.  I am forever grateful to have and to have had that opportunity.

LC: Your son Harry hasn’t done a show with VOS Theatre yet. Do you think he’ll ever catch the theatre bug?  If you could pick a role for him what would it be?
JV: If only he would ever stop acting, I may get him to tell me. Perhaps that is the best truth, no?

LC: Scan forward 20 or 25 years. Is there a role you would want to tackle as a mature actor?
JV: Yes.  Absolutely.

LC: Do you have a favourite onstage moment ? Can you pick just one?
JV: No, I can’t choose.  Here are a few: standing with Sean Winchester and Edie Stuart listening to the overture for White Christmas; coming through the front of house doors to the opening bars of Oh, What a Beautiful Morning; standing backstage listening to the monologues from Vimy; falling off my chair at the read-through for Spamalot when Fabian first opened his mouth; listening to my kid read for Shrek at the callbacks a couple weeks ago.

LC: You’re always one of the first to arrive backstage pre-show. What’s your favourite pre-show ritual or time before curtain?
JV: Walking the stage barefoot.  Running light cues in my head.  Warming up in the stairwell.  Getting mic’d up and stretched out.  Riding the pony.

LC: There’s always a number that every singer wants to perform onstage at some point.  What’s your “must do” number?
JV: It’s a long list.  I’d like to do pretty much any of the White Christmas numbers again.  Anthem from Chess; Being Alive, The Impossible Dream, Bring Him Home, Empty Chairs at Empty Tables… hang on, I have to go.  I need run through those RIGHT NOW.

Mr. Varty has left the building, apparently.  Here are a few shots of him… 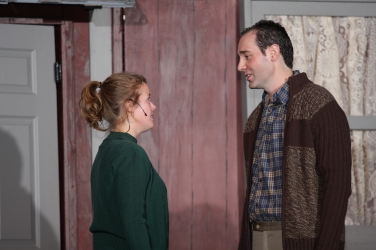 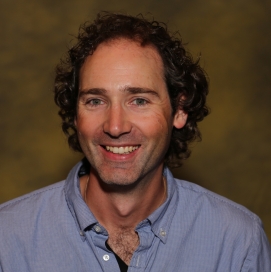 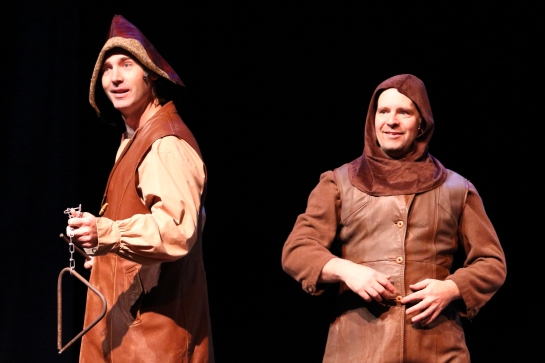 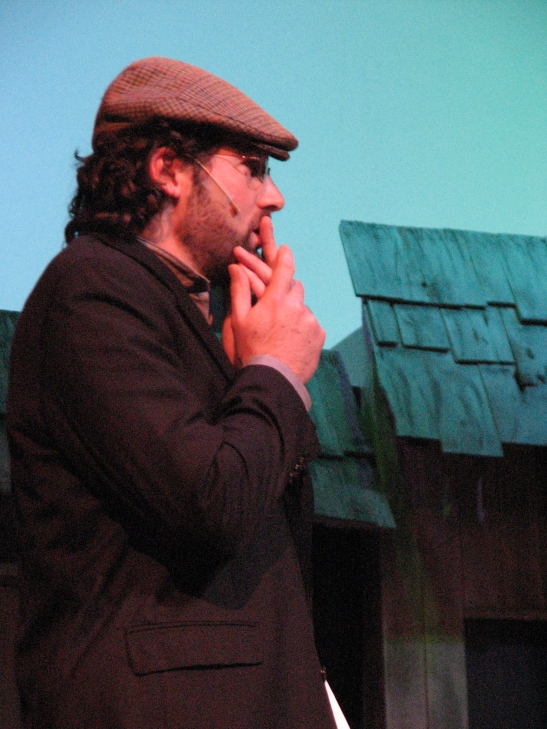 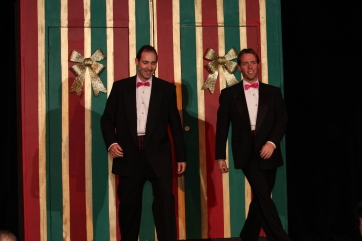 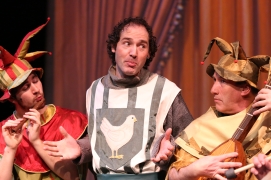