Steve Russell and David Bryson have worked together with VOS in 2013’s smash hit, Spamalot.  Now they are back, teaming up for Young Frankenstein as Artistic and Music Directors.

Here’s what they had to tell us.

VOS: Steve, tell us about your first VOS audition – what was it like?  Did you do a callback?

Steve Russell: I was rather intimidated when I first came to audition for VOS. I didn’t know anybody. I wasn’t sure where to go or what to expect. There was a form to fill in and I could hear some good singers auditioning ahead of me. When I was called in I decided to fake some confidence and enter as majestically as I could. I had a mantra “You are the King” repeating in my head as I walked in. I was, after all, auditioning for King Arthur. I sang. I lost my place. I babbled a little something while still carrying the tune and then found my place again. Nobody seemed to mind. Everyone seemed quite happy to go along with whatever was happening and just roll with it. My kinda people! 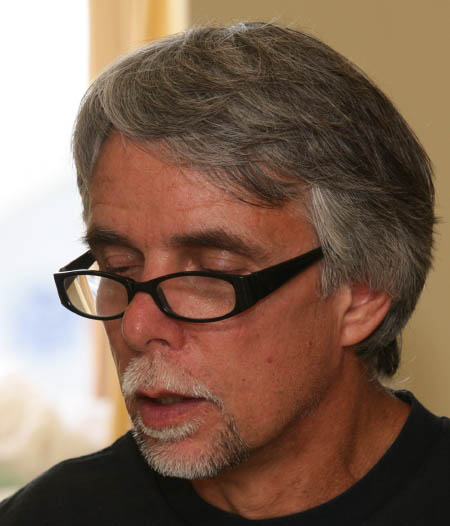 VOS: David, what was it like working with Steve in Spamalot?

David Bryson: Oh, Steve was a prince of a king. I got to spend a lot of time watching Steve do his stuff and was constantly entertained, and while we talked a little about how to make things work, for the most part the looks and reactions just evolved; it was that easy. In the big finish to Always Look On The Bright Side of Life, Patsy is supposed to take the top note in the harmony. I told Steve that there was no way I was going to hit that note and that he had to do it… he nailed it every time.

VOS: Steve, what goes through your mind when you are reviewing a script for a show you are going to cast?

SR: When I’m reviewing the script before auditions I try to imagine the characters being played by someone other than the famous people who’ve done the role before. This really helps me to see the characters as they are written and not just as they were interpreted on Broadway or on film. I sometimes read aloud to get a sense of the rhythm and sound. My mind often gets jumbled up with practical concerns like, “How are we going to stage that?” or “How will I get those props?”, but I do try to keep a focus on the story and the characters. Mostly, I try to pay attention to what makes me laugh (or cry) in the script. 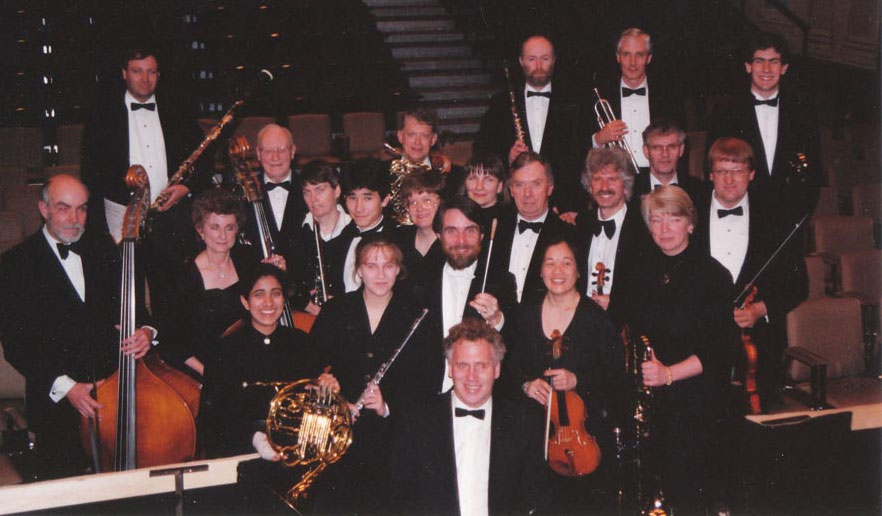 VOS: David, knowing you are going to be not only teaching vocals, but also conducting the orchestra, do you learn all the lyrics to every number?

DB: I have enough trouble learning all the words to the numbers I’m in when I’m on stage. I do have the yodel section of Roll In The Hay already memorized though. As long as I can understand what the actors are saying in their songs that’s enough for me, although sometimes there may be a  spot in a song where a singer draws a blank and I make sure I’m prepared with some kind of visual cue. I’ve learned that mouthing the words is not much help as most people are not lip readers. 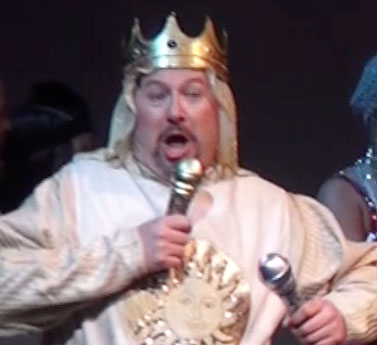 VOS: Steve, when you think of the perfect musical theatre actor, what do you picture?

SR: The perfect musical theatre actor is energetic and serious about the work, but loves to have fun. Let’s say the perfect musical theatre actor is a woman, but I look for the same qualities in male actors as well. She will explore different line readings in scenes and tune in to scene partners with sharp focus. She can sing and dance and always pushes to find nuance and clarity. She’s off book early. She never whines or complains about the work. Takes direction and tries changes but doesn’t just play every suggestion without understanding it. She asks good questions about the character. She knows how to adapt to a particular style for a show. She won’t fake it. She feels deeply and expresses emotion physically. She does things that impress me, but more importantly impress herself. She works hard in every rehearsal and leaves tired but smiling. There were several of these perfect musical theatre actors in the last two VOS productions – that’s why I’m back!

VOS: David, what should people expect when showing up to a VOS audition?

DB: People who audition for a VOS production can be assured of a relaxed, supportive atmosphere. The people who run this organization have lots of experience and have developed an approach that demonstrates respect for everyone involved in a production, and that includes everyone that shows up for an audition. A big part of the job for the creative team is to recognize potential, and once a person is cast in a particular role, provide the kind of direction and encouragement that helps the actor grow and develop his/her skills. It’s not just about the end product, but having fun while working through the process. Just remember, the director is King!

Auditions are just around the corner for this show!

Details are listed here, contact us to setup your audition appointment!