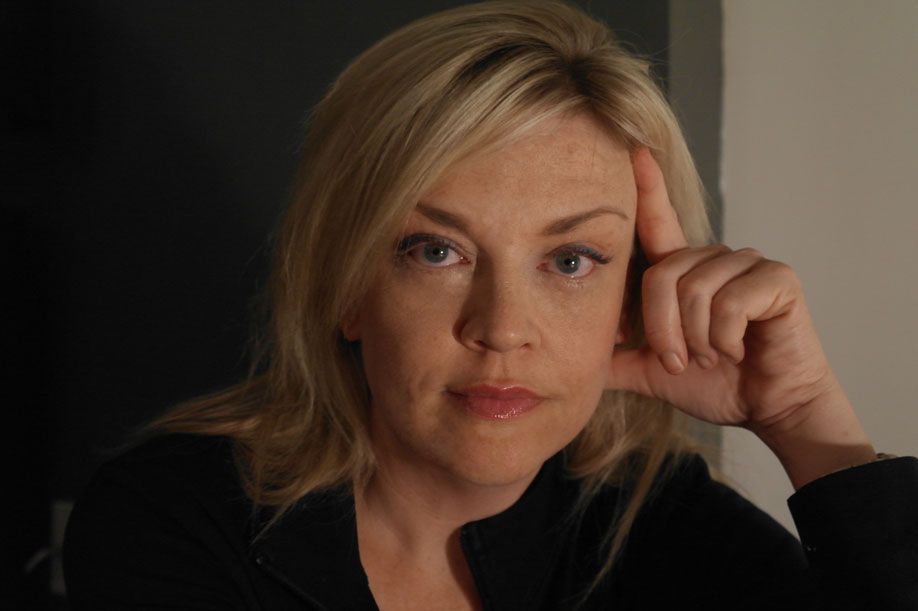 VOS: So how long has it been since you’ve been onstage?

I think the last show I did was Kismet with my buddies Blair McFadden and Hugh Stewart but I’m so old I can’t remember when that was. It’s all a blur.

VOS: Why did you take such a long break?

I have truly loved producing theatre. I got caught up in that area. Each time a role came up that I thought might be fun to audition for I had to decide if I wanted to sacrifice the chance to produce the show in order to be in it. Producing always won. Then you reach the magic age of 40 and parts start to dry up. At my age there’s not much left – Martha and Mame…

VOS: Are we having fun yet?

LC: Rehearsing? Scary fun perhaps. Like that kind of fun when you’re on the top of the roller coaster and you think “what the hell was I thinking getting on this ride?”  Then, by the time you realize you didn’t wet your pants in public you get that you have had fun.

I’ve never been a person who has loved the rehearsal process. I’m not good at it. I don’t even particularly love to sing or perform. But what I love is getting something – a line, a song, a bit – just right, finessing it according to the energy of the audience at that specific performance and feeling or hearing them respond. That’s fun. That’s to come, I hope.

VOS: What made you want take on Martha from White Christmas?

LC: Two things. I’m no Mary Wicks – I don’t have that kind of timing. So it had to be something other than the chance to play the old lady behind the desk. Martha’s music is great. But, the opportunity to work with Steve Russell as a director was a motivating factor, probably the biggest. I worked with Steve on Spamalot and Shrek and have such incredible respect for his work as an actor, his process and the way he treats his fellow actors, I knew I could really learn from him. He’s spent his career teaching children so I knew he would get me.

Anytime you get the chance to work with David Bryson as music director you just jump at it. No questions asked. He is the most supportive guy I ever worked with as a performer. If you can make David smile you know you’ve done something right and it feels great.

The chance to be a member of a cast was huge too. I produce in a way that allows me to be very close to the casts I work with, but until you’re digging your false eyelash out of your bra in a room full of actresses twenty seconds before you’re needed onstage you just aren’t “one of the guys”. I missed that.

Oh, oh and this time I wanted to be onstage with my friends when it snowed! Wait that’s four things.

VOS: You’re wearing three hats, co-producer, costume designer and actor? Which is the most challenging?

LC: Well that was dumb, huh? If not for my dear friend Florence Fletcher I would not have the chance to be a cast member in this show. She agreed to co-produce and is carrying the bulk of the responsibility. Costume designer, now that’s an overstatement. I am fortunate to be able to use some of the costumes that designer Ann Hancock brought to the 2010 production but we have bigger dance numbers, actors of different shapes and sizes and a new director – a new show! So the costumes are not simply recycled. Most of the costumes for the 2014 production are new. They are my idea of classic musical. Suits fit well, sequins sparkle, shoes are important and where there’s Christmas there is satin and velvet.

Most challenging? That would be learning that some days I will be a decent cast member, some days I will be a competent producer, other days I’ll solve a costuming issue but never all three in the same day and being ok with that. The people I am working with have made it easy to learn that lesson because they’re very forgiving and supportive. That’s what community theatre should be about.

VOS: VOS is often described as an organization that puts people first. How is that exemplified with this production?

LC: The script itself and the movie focus on relationships. Bob and Phil put the General’s needs above their own, the soldiers come to the inn for Christmas rather than celebrating in their own homes because the General is their family. Martha takes care of him because she knows beneath his crusty exterior there’s a big heart. Betty falls in love with Bob because he shows her that he is the guy who gets all of that.

This type of script tends to attract people who want to have fun and travel back to a time when the holiday season was about sharing the good stuff. Those people tend to be generous actors and pretty decent humans. Steve, Florence and David are leaders who respect what folks are trying to accomplish and their individual strengths. Mix that all together and it’s a recipe for a pretty wonderful time.

VOS: You co-produced the 2010 production and you’re co-producing again. Why? Do you have an attachment to it?

LC: I wanted to be Rosemary Clooney when I was a kid. That voice was velvet. That iconic black dress designed by Edith Head – I wanted it. I remember watching it at Christmas in the living room, laughing at Danny Kaye, loving Bing’s voice, marveling at how anyone as stick thin as Vera-Ellen could even stand up. It’s just Christmas to me. Holiday Inn, The Grinch be damned. I’m White Christmas all the way.

I’ll be honest, I was enthusiastic about this project because the 2010 production was so special. It re-energized an organization that made a substantial contribution to my quality of life. It brought new people to the forefront of VOS Theatre. I made great friends. This is a new production and I am thrilled by the challenge. It is different in so many wonderful ways, but the same in that, like the 2010 team, the folks I’m working with seem to have that same appreciation for what can be created when attention is paid to the work, the goal and the respect for each other. In other words, they understand magic.

VOS: What should people look forward to in this production?

LC: Notwithstanding what I just said about the great cast, if I start naming names and forget someone I’ll end up opening night with my shoes missing. Every producer gushes at some point but I kid you not, the dancing is spectacular. Choreographer Mackenzie Russell has done incredible work. The tap number, I Love a Piano and Blue Skies will blow you away. The voices – Ms. Sculthorpe, Mr. Varty, Mr. Main and Ms. Russell are very special – glorious. Charles Varty, our General, is the original story teller and his General is lovely. That moment when the soldiers sing “We’ll follow the Old Man”……can’t you just feel it? So there’s great music, a live band made up of the area’s finest musicians, amazing tap, sequins, Christmas and SNOW all inspired by one of the most popular classic movies ever filmed.

Look forward to that! Start your Christmas season with that!