VOS: You’ve been the resident lights and sound designer for VOS THEATRE for many years but you wear two hats. You were a regular lead in most of our Gilbert and Sullivan productions and now you are revisiting G&S in February’s Hat’s Off! What appeals to you about Gilbert and Sullivan? What would you tell a young person who had never heard of G&S about the music.

Bob Clark: The things that appealed to me about Gilbert and Sullivan were the very clever lyrics and a silly story line.  The music is complex and very unusual with references back to an earlier time.  If I was speaking to a young person who had no experience with Gilbert and Sullivan I would impress upon them the fact that this music is well crafted and performed by a cast playing very satirical characters.  It is unlike anything else that you’re likely to see in musical theatre or for that matter in other forms of entertainment. I would suggest that they come and expect to have an enjoyable time.

VOS: The performance on Feb. 13,14,15 serve a couple of purposes. Profits will go towards the newly formed Ruth Harcort scholarship but it is also the organization’s Valentine to our founder, Ruth Harcort, who passed away in 2014. Tell us about Ruth.

BC:  Ruth was a very dynamic lady with a wealth of experience in theatre. She was very willing to share her experience and her joy of making music with anyone who expressed an interest.  She was a very outgoing lady who enjoyed a laugh and having fun. I think the appeal of Gilbert and Sullivan to her was that sense of fun;  the complete lack of seriousness that it presents.

VOS: When the organization began it focused on G&S productions for a few years. Ruth was motivated to bring them to the Cobourg stage. How have productions changed between then and now and do you think that G&S productions would benefit or be hindered by modern theatre technology such as projection.

BC: I’m no expert on modern theatre technology but I certainly have experienced, as part of the VOS, a very dramatic change in the technology that we use in our productions.  The initial Gilbert and Sullivan productions where performed without the benefit of individual body mikes and certainly without the benefit of projection.  My recollection is that the costuming was done mainly out of Ruth’s attic and the emphasis was on having fun and presenting a piece of theatre that the audience could enjoy. I don’t think that that has changed dramatically (except for the attic part) although the technology has become more sophisticated.  I think the essence of our productions are to engage the audience and share with them the fun and excitement that we feel as performers.

VOS: The Duke of Plaza Toro, Dick Deadeye, Poobah in Mikado – which role did you find the most challenging?

BC: With respect to the roles that I played it in the G&S productions they all presented creative challenges for me.  The Duke of Plaza Toro, as with most comedic roles, had to be played completely straight in order to be funny and I hope it was.  I have very little experience taking on the role of a villain in a production but I thoroughly enjoyed Deadeye Dick. I don’t know how villanous it actually was onstage but it was great fun trying. The Grand Poohbah in Mikado was the most challenging make-up we had done to date.  I know we’ve had more dramatic nightmares since then with the latex in Shrek and quick transitions in Wizard of Oz but at the time it was a real challenge. I remember leaving the theatre as Poobah without taking my make-up off and stopping for milk at a local convenience store. The clerk was in shock and I had actually forgotten that I was still in full make-up. I’m certain he thought he was about to be robbed.

BC: With regard to the best G&S costume I think that would probably go to the Duchess of Plaza Toro because as I remember, her [Liz Clark’s] costume had a replica of a ship in her rather large and heavy wig. As for my own costumes the Poohbah costume was probably the most elaborate one. 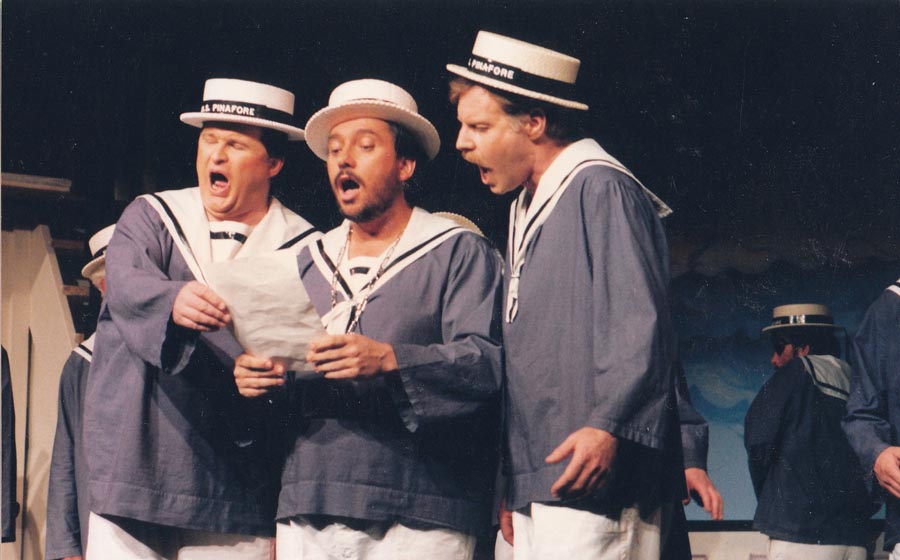 BC:  Once you got into the flow of things the lyrics didn’t seem to be that difficult.  I do remember in Iolanthe the Sentry lyrics were probably the most challenging that I have attempted. 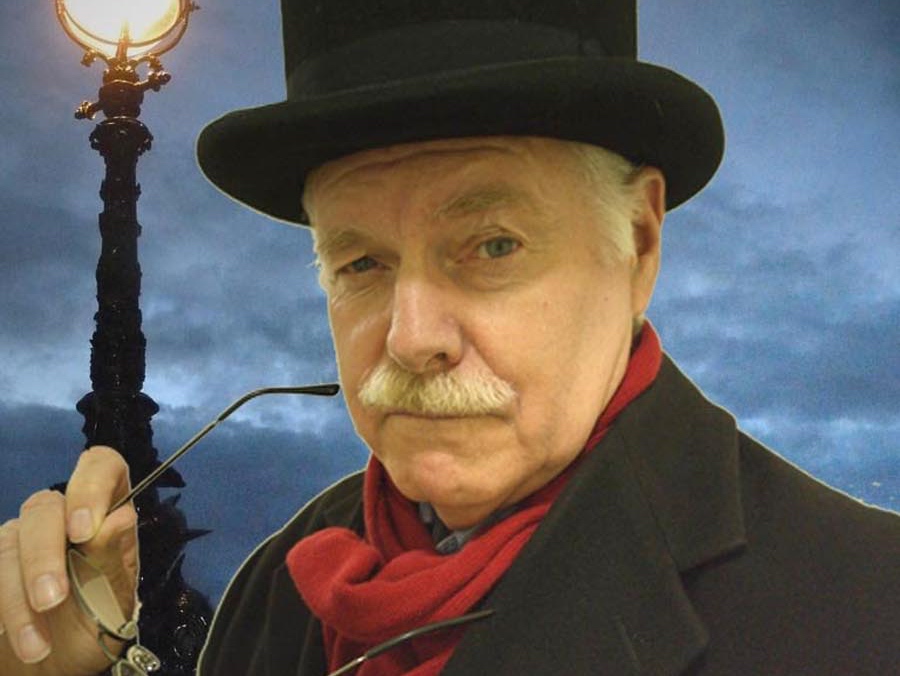 VOS: People will attend Hats Off! to show their appreciation for Ruth’s contribution to the arts community and to support the scholarship that will be awarded young people in her name. That’s a given. But tell us about the show. If you were coming strictly for entertainment why buy a ticket?

BC: I hope that people attend both to support the scholarship and also because G&S is just a fine satirical type of musical theatre that really doesn’t take itself too seriously and affords those of us who are singing an opportunity to enjoy some great music and some challenging lyrics.  The cast that has been assembled for this production is an extraordinary one, with individuals who both have experience presenting G&S and those who are just now experiencing the fun for the first time. You really shouldn’t miss it. Come to honour Ruth’s memory, come to hear popular songs from Pinafore, Mikado and Pirates……….just come. All profits from the show go towards the VOS new scholarship so you’ll get a great evening of entertainment and know that you helped a young person obtain higher education. Ruth would have liked that.