We caught up with the younger members of the VOS THEATRE Production of Chitty Chitty Bang Bang.  The children’s ensemble worked tirelessly on Sunday to move their big number  “Teamwork” closer to performance ready. For those of you who are fans of the film, all of your favourite musical treats are in the stage version with some added bonuses like “Teamwork”.  The original song-writing team of Richard & Robert Sherman who wrote the songs for the movie collaborated to create new numbers in addition to all your favourites for the stage production. 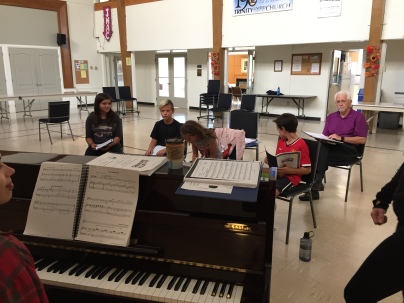 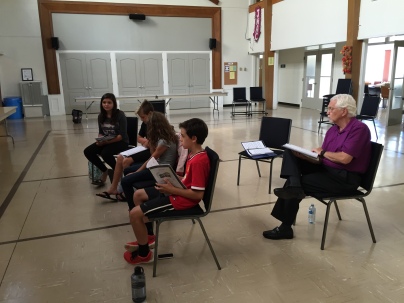 Gary Potter, who plays the Toymaker, sits behind members of the children’s ensemble.

Angela Main (Truly Scrumptious) works at the piano with members of the children’s ensemble. 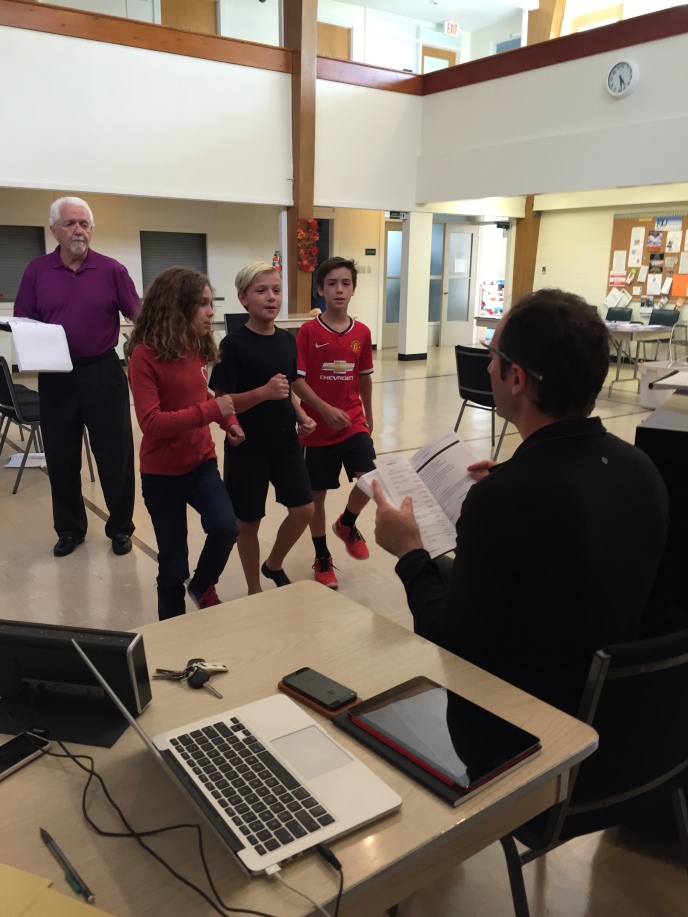 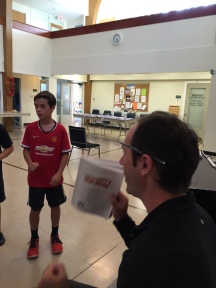 Sonya Guingona works at the piano during rehearsal for Chitty Chitty Bang Bang. 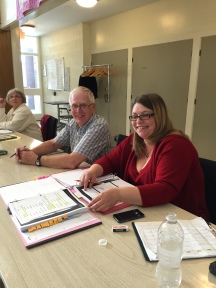 Our attentive Stage Management team of Alan Fletcher and Lannette Donnelly taking notes and keeping track of every detail. (Co-director Bea Quarrie to the left)