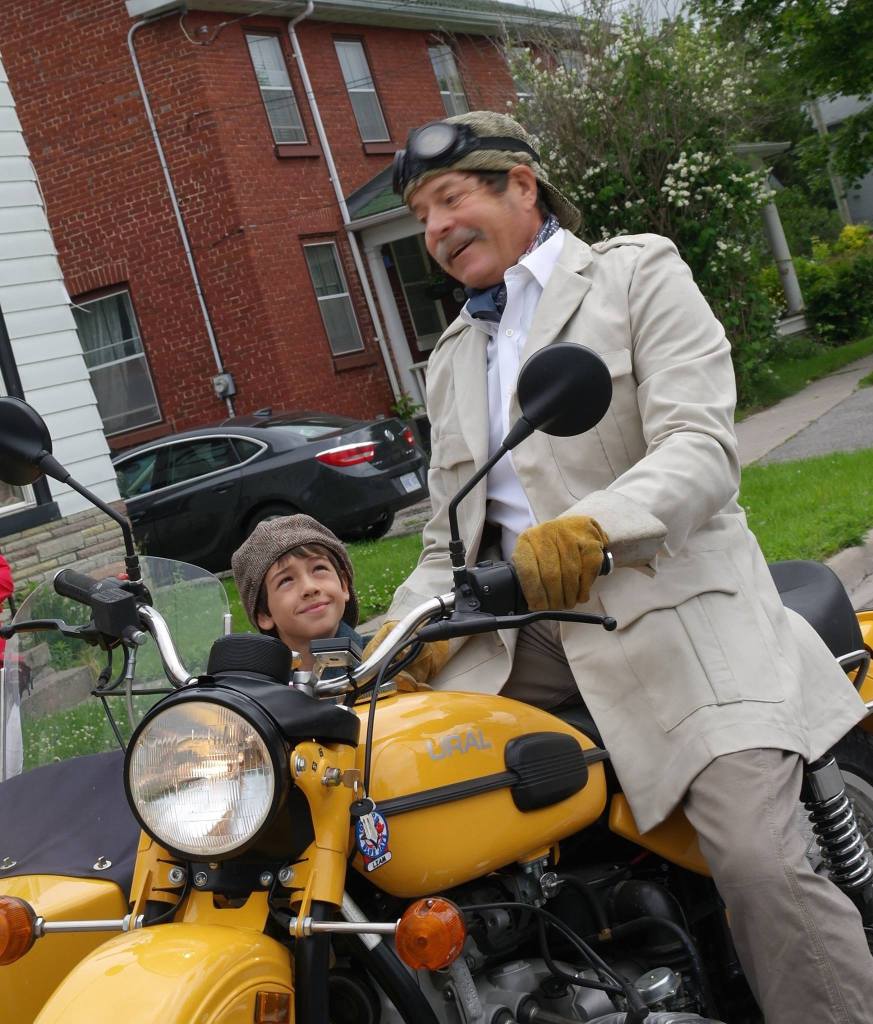 Hi Liam – VOS THEATRE is thrilled you found us when you moved to the area. Tell us about your journey in theatre. What were you up to before we met you before White Christmas last year (Liam played “Snoring Man” and “Scooter”).

Liam Cragg: My current journey in theatre began in 1999 when I auditioned for ‘Pirates of Penzace’ and got cast as a Pirate (Act 1) and a Policeman (Act 2). The Rotary Club of Bracebridge quarterbacks an annual musical as part of their Community and Vocational Service. Something they have been doing for over 40 years.

I had so much fun that I volunteered to produce ‘Anything Goes’ the following year and had the role of Sir Evelyn Oakleigh (and proved to myself I had bitten off more than I could chew as I was also in Rotary and on their Board). A spin off of that experience was getting involved with a cabaret troupe and working with some incredibly talented writers and performers from Broadway, Television and Recording Studios. From them I learned that no actor is complete unless they have put in time off stage as you need to see a production from different angles to really appreciate the scope of what goes on.

I could list the shows I’ve been involved with but would rather discuss the big picture. My favourite ‘Show Biz’ expression is ‘Leave Your Ego At The Door’ as decisions are based on the whole team: the director’s vision, the producer’s budget, the orchestra, the stage and the size of the wings / off stage area and the technical crew (without whom an actor is naked, on an unadorned platform, in the dark – emoting). It is an amazing balancing act. What makes each production special is the time, energy and devotion everyone pours into a show to bring it to life. 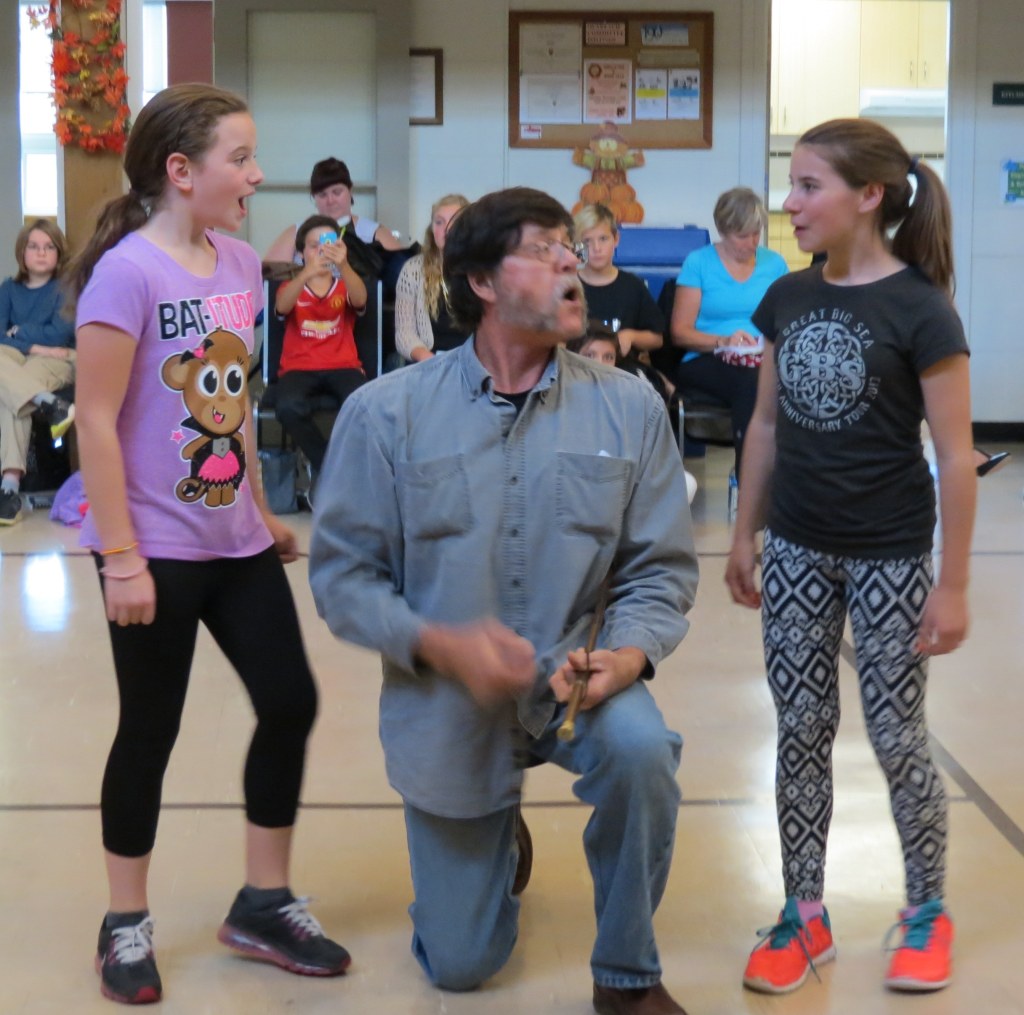 VOS: Were you a fan of the movie before you auditioned . Had you even seen it?

Liam: ‘Chitty Chitty Bang Bang’ is a movie I have seen many, many times as it is my wife’s favourite, something she made sure our daughters grew to appreciate as well. 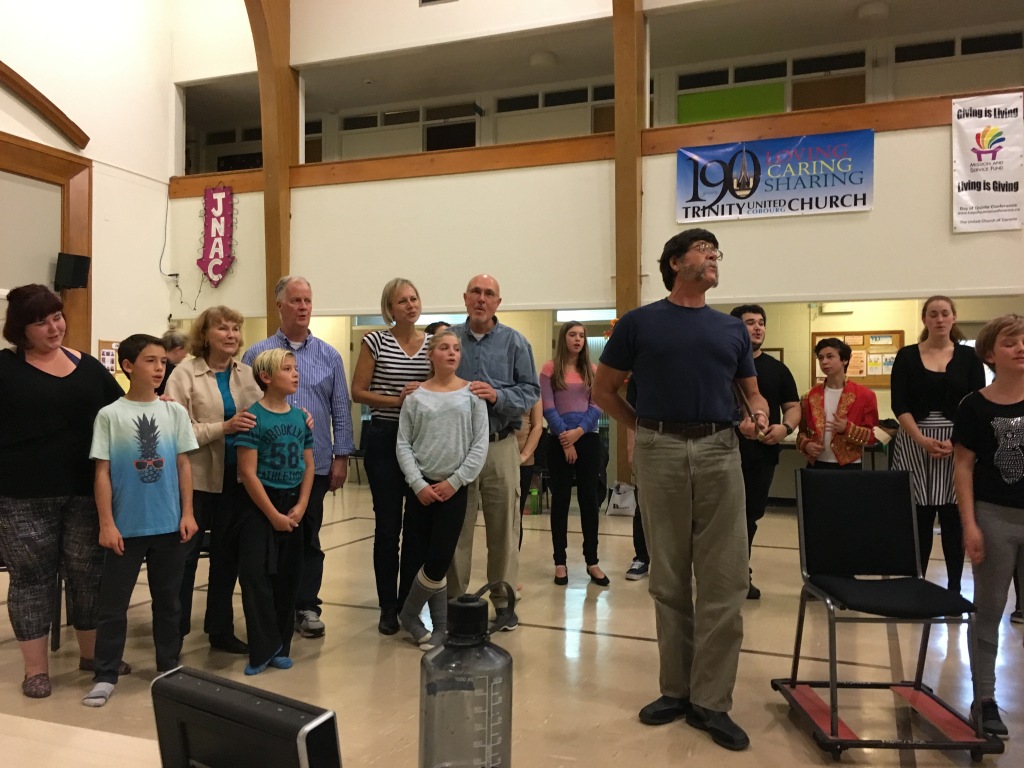 VOS: You’re the quintessential Grandpa in Chitty. What do you love about the guy?

Liam: The role of Grandpa is one I felt I could pull off. He’s wonderfully eccentric and has songs that reflect that (POSH and Roses of Success). Throw in a questionable British accent (not so low as Cockney but not officer material either) fabulous ‘mutton chops’ and you have a dream character to work with. Thankfully I have a very tolerant wife and a family that encourages each metamorphosis. 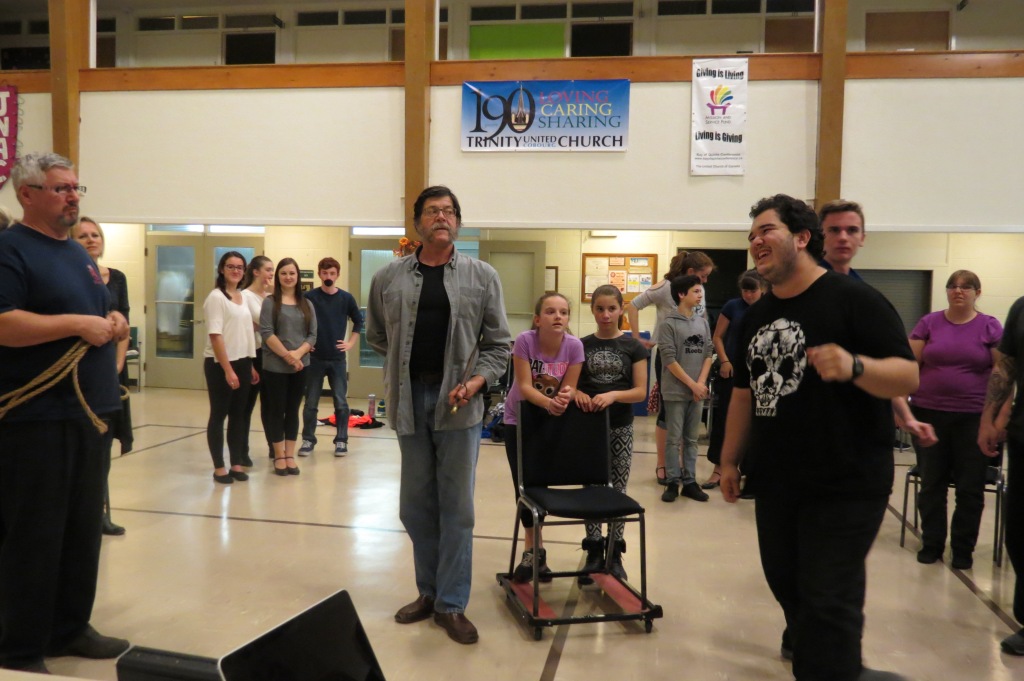 VOS: The walking stick you’re using in the show has a history all of it’s own doesn’t it?

Liam: Grandpa’s ‘swagger stick’ came courtesy of a friend, whose father (‘Tim’ Gordon Charles Lloyd Clark) wielded it during WWII in England, Italy, Sicily and Holland as a Captain with the 48th Highlanders, serving with the Royal Canadian Army Service Corps. It is a treat to pay tribute to Captain Clark as he got a kick out of some of my escapades when I was younger. If anyone wants to hear research on the swagger stick, pull up a chair and we can have a chat. 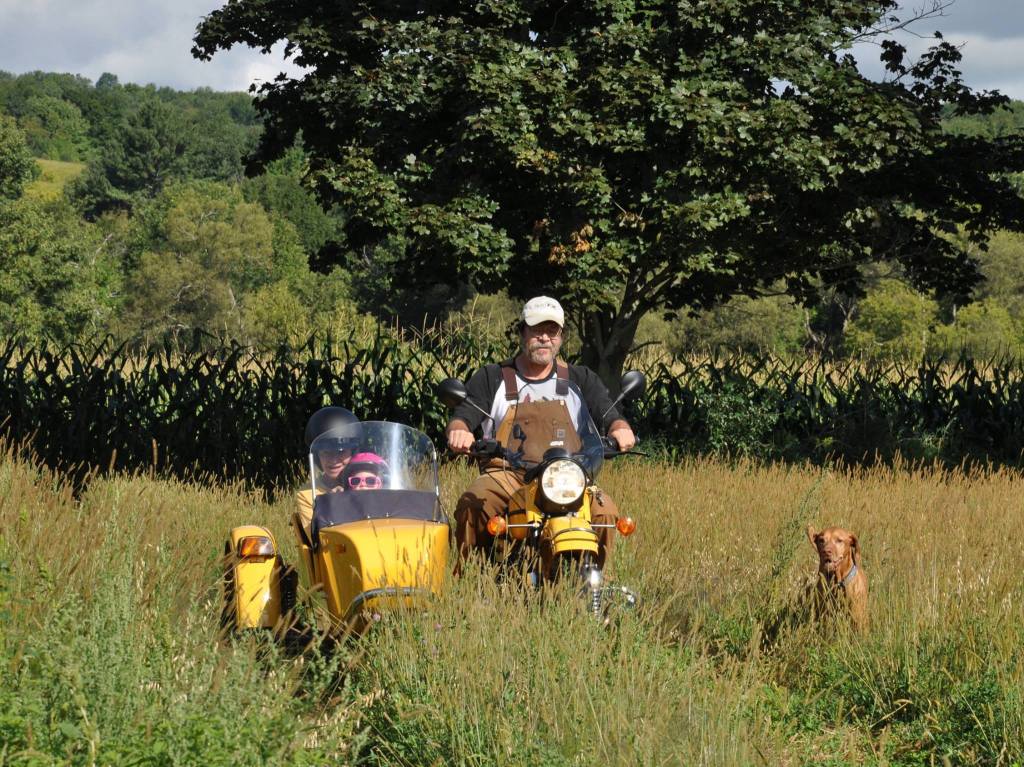 VOS: Tell us about the farm and Rebecca (Becky?). What’s home after Grandpa is all packed away until another rehearsal?

Liam: After the show closes and the character of Grandpa is put to bed you’ll find me in Grafton in a very old farm house with my wife Rebecca, two high energy Vizslas, a cat with a dark side, twenty-two chickens and a motorcycle with a yellow sidecar.

Thank you VOS for letting me live the life of Grandpa.

Don’t miss your chance to see Liam Cragg as Grandpa in VOS Theatre’s production of Chitty Chitty Bang Bang! Opening Night is November 19, 2015 and the show runs for 2 weeks. Order your tickets by calling 905-372-2210 or online at vostheatre.com. 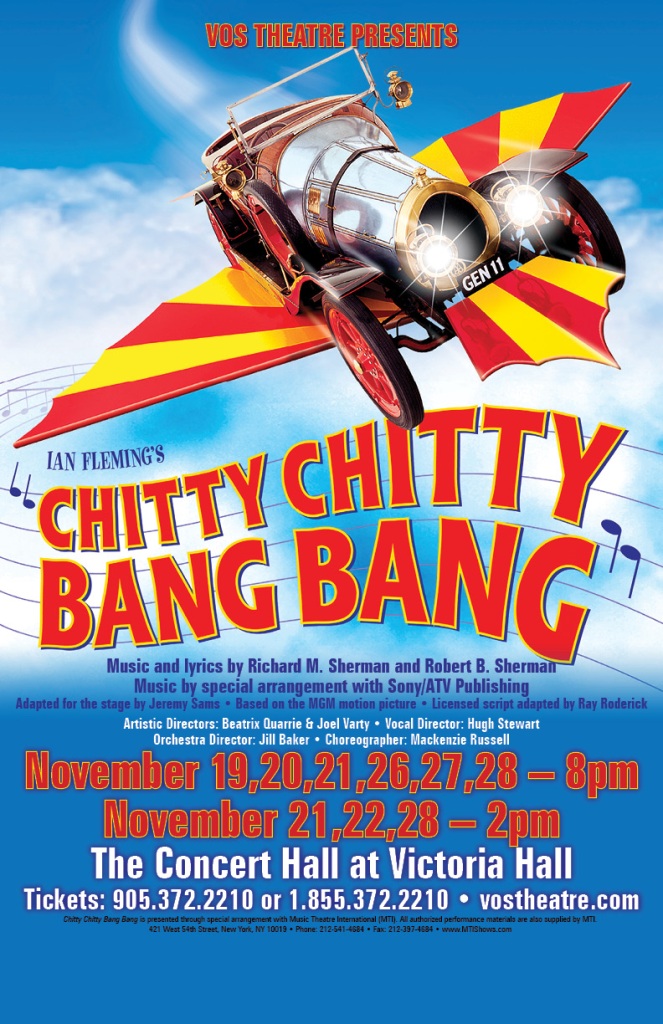